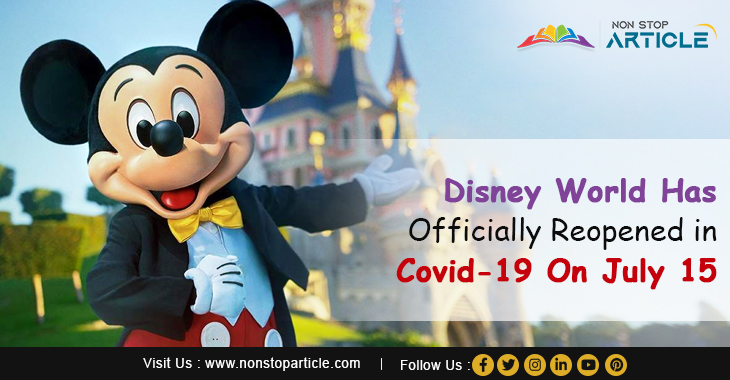 The big day is here! Walt Disney World Resort has officially reopened its parks! The Magic Kingdom and Disney’s Animal Kingdom reopened first July 11 in this phased reopening, followed by EPCOT and Disney’s Hollywood Studios July 15. (The water parks, Disney’s Blizzard Beach and Disney’s Typhoon Lagoon, remain closed.) There are, of course, some changes Disney is making along with this reopening in order to maintain the health and safety of guests. While certain experiences are limited at the theme parks during this time, we still saw pixie dust around every turn during our visits. Perhaps best of all, we experienced minimal crowds and low wait times. Even though we had to say hello from afar, it felt so good to see Mickey, Minnie, the princesses, and so many more Disney friends. The magic has returned!

As a result of accommodating physical distancing, restaurants and other experiences such as behind-the-scenes tours will be limited in capacity. All existing dining reservations and experience bookings, including Disney dining plans included in packages, will be canceled through the end of the year. Disney has since reopened dining reservations. There will also be a shift from a 180-day booking window to a 60-day booking window moving forward.

Disney World theme parks, hotels, restaurants, attractions, services, and other experiences may be modified, limited in capacity, and subject to limited availability or even closure. Disney has implemented the following safety measures based on the guidance of government officials and health advisers.

Disney Springs reopened May 20, while the Disney Resort hotels and Disney World theme parks are reopening in stages.

Disney has implemented physical distancing and guest capacity guidelines based on guidance from health and government agencies.

Disney has increased cleaning and disinfection measures. We saw cast members sanitizing the ride vehicles, tables, and other high-touch surfaces frequently. Hand sanitizer dispensers and hand-washing stations are located throughout the park.

Disney is providing new training and reinforcement to emphasize a strong culture of health and safety among its cast members.

Face coverings must be worn by guests ages 2 and older, as well as cast members, at all times, except for dining, swimming, and designated mask relaxation areas. (If actively eating or drinking, you should remain stationary.) All face coverings must be made with at least two layers of breathable materials, fully cover the nose and mouth, and be secured by ear loops or head ties.

Guests and cast members will be required to undergo temperature screenings. Anyone displaying a temperature of 100.4 Fahrenheit or above will be directed to an additional location for rescreening and assistance. If a second screening reads a 100.4 (or above) Fahrenheit temperature, the individual and their party will not be allowed entry.

Plexiglass in ride queues and vehicles, retail, and dining locations will protect guests and employees where physical distancing cannot be maintained.

A New Experience at the Disney World Theme Parks:

Most attractions are available at each theme park. At Magic Kingdom Park, popular rides including Seven Dwarfs Mine Train, Space Mountain, and Peter’s Pan Flight are ready to take your frog family on fun adventures. Experience the magic of nature on Kilimanjaro Safaris, Expedition Everest – Legend of the Forbidden Mountain, and Avatar Flight of Passage at Disney’s Animal Kingdom. Travel to a galaxy far, far away on Star Wars Rise of the Resistance, or become part of the cartoon world on Mickey & Minnie’s Runaway Railway at Disney’s Hollywood Studios.

Pizzafari and Upcountry Landing (across from UP! A Great Bird Adventure theater)

Find a secluded spot off to the side instead of walking while eating or drinking.

While the rest of Walt Disney World Resort, including the theme parks and hotels, gears up for a magical reopening, Disney Springs has reopened to the public. Upon arrival, guests undergo temperature screenings, and all guests over the age of 2 are required to wear facial coverings.

As the parks reopen, rules and policies may change due to the fluid situation, but rest assured, your favorite frogs will keep you updated! We hope this guide helps you prepare for your visit to Disney World and gives you an idea of what to expect when the theme parks reopen. Be sure to check back later, as we will update this post as new information becomes available.