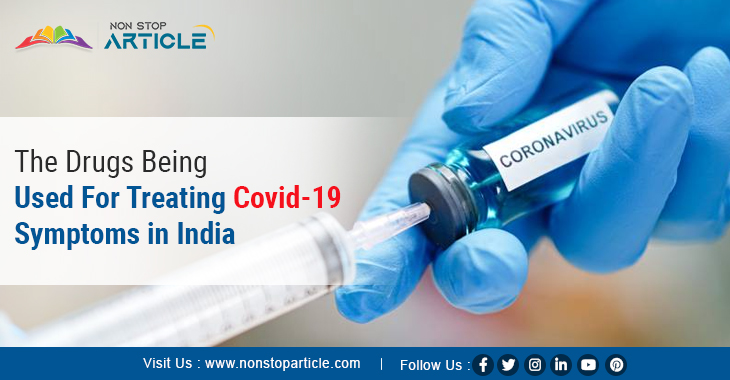 Covid-19 is a new disease and there is no vaccine for it as of now and the patients are being given medicines that were approved for treating other viral infections. Companies have launched generic versions of Remdesivir and Favipiravir to aid in the treatment of Covid-19, in specific cases, while the UK has authorised the use of steroid dexamethasone. Coronavirus positive cases in India are increasing at an alarming rate. With the highest single-day spike of 16,922 cases on Thursday, India’s Covid-19 count reached 4,73,105. It is the fourth-worst affected country, only behind the USA, Brazil, and Russia. Here are the drugs, treatment presently available for coronavirus (Covid-19), and what we so far know about them. HCQ was touted as a potential coronavirus treatment by US President Donald Trump and some other global political leaders. It has been granted approval by DCGI for the treatment of suspected or laboratory-confirmed cases of Covid-19 in adults and children, hospitalized with severe symptoms of the disease.


At least five medicines have either been given a go-ahead from the government to treat coronavirus infected patients in India or are in the final stages of the trial. India has authorised off-label use of tocilizumab and convalescent plasma therapy on a specific group of patients. Moreover, India has also been using hydroxychloroquine, an antimalarial drug that has been a subject of debate over its efficacy against Covid-19, as a prophylactic drug. Besides, the UK government last week authorised the state-funded National Health Service (NHS) to use low-cost, widely used steroid dexamethasone, which has proven to reduce the risk of death among severely ill patients.

Originally developed by US-based biopharma company Gilead Sciences, Remdesivir is an antiviral that was used for the treatment of Ebola and has been repurposed for treatment of Covid-19. Part of the World Health Organisation’s ongoing Solidarity Trials, Remdesivir received emergency use authorisation by the United States Food and Drug Administration (USFDA) on May 1.

Remdesivir is designed to obstruct the viral replication of SARS-CoV-2. This is the stage when the virus creates copies of itself, followed endlessly by the copies creating copies of themselves.

Coronaviruses are RNA viruse and at the replication stage, the key viral protein at play is an enzyme called RNA-dependent RNA polymerase (RdRp). Remdesivir mimics a part of the viral RNA and it inserts itself into the RNA strand during the replication stage. On June 21, the Central Drugs Standard Control Organisation gave approval to Hetero Drugs and Cipla to manufacture and market remdesivir. Both the firms have already entered into non-exclusive licensing agreements with Gilead Sciences, which is the patent holder of the drug remdesivir.

Hetero has said the drug, named Covifor, will be available in 100 mg vials (injectable), which must be administered intravenously in a hospital setting. Hetero Group of Companies MD Vamsi Krishna Bandi told PTI the price of its remdesivir will be in the range of Rs 5,000-6,000 per dose. Cipla Ltd has announced that the generic version of remdesivir will sold under the brand name Cipremi. The medicine is in the form of lyophilised powder for injection (100 mg). Prices of the drug in the Indian market are yet to be announced by Cipla.

Favipiravir is an antiviral given to inhibit viral replications. It is used as an anti-influenza drug. Originally it was manufactured by Japan’s Fujifilm Toyama Chemical Ltd.

It restricts the multiplication of the virus in the body of the host once it gets inside a host cells, reducing viral load. Favipiravir has shown clinical improvement of up to 88%  percent in mild to moderate Covid-19 case, an official statement said.

Dexamethasone is a generic steroid widely used in other diseases to reduce inflammations. Steroid medicine has been available as a generic for decades. It is used to treat a range of diseases, including rheumatism, asthma, allergies and even to help cancer patients better handle nausea triggered by chemotherapy.

Steroid drugs reduce inflammation, which sometime develops in Coronavirus patients as the immune system overreacts to fight the infection. The UK-based RECOVERY trial results have shown dexamethasone reduces death by up to a third in Covid-19 patients on ventilator support, and by a fifth in patients receiving only oxygen. Dexamethasone is categorised under corticosteroids, which closely mimic cortisol, the hormone naturally produced by the adrenal glands in humans.

← Newer Post
Why You Should Use Google Incognito for Browsing?
Older Post →
7 Reasons Of Important Of Digital Marketing in During Covid-19